18:00hrs   Evening Service with Holy Communion (on last Sunday of the month)

Followed by Singing Group & Ukulele.  All abilities, or beginners, are welcome

For all parish enquiries, including baptism, funeral and wedding enquiries, please contact 07715298711, (Tuesday to Friday, 9am to 5pm) or email admin@stcuthbertsormesby.org.uk

We are a Dementia Friendly Church

Always know you will be very welcome and we hope that you find us open and friendly people who can provide you with relevance and meaning in your daily life. There has been a church here for over a 1000 years and we want St Cuthbert’s Church to be here for all future generations.

We have just paid £215,000 for a new roof and we need to urgently raise funds for restoration work on the tower, an internal re-ordering and a new lighting scheme.

Weʼre raising £5,000, please help us to help you by donating – click on the logo below.

Tickets £3, in aid of Alzheimers and Cancer Research, at Guisborough Quoit Club, 35 Northgate, Guisborough TS14 6JP. Details on poster below, click on image to enlarge.

A group of bell-ringers from the Cleveland and North Yorkshire branch of the Yorkshire Association of Change Ringers are going to ring a quarter peal at 6pm on Friday 28th September and a full peal on Sunday 28th October to honour the sacrifice these men gave for their country. The quarter peal takes 45-50 minutes on the 8 bells at St Cuthbert’s and the full peal can last up to 3.5 hours as it involves over 5000 changes in the order the bells are rung.

The first peal took place in 2015, at St Mary’s, Whitby and the last will be at St Cuthbert’s, Ormesby, on 28 October 2018, in memory of Private Frank Brown, of the King’s Own Yorkshire Light Infantry, who died, aged 20, just before the Armistice.

More information about the quarter peal

More information about the peal

Tickets, £5, from Janet or on arrival.

Raffle, tombola, cakes stall and bottle stall. With a chance to WIN one of Janet’s photo books of the local area, just buy a strip of raffle tickets for £1. 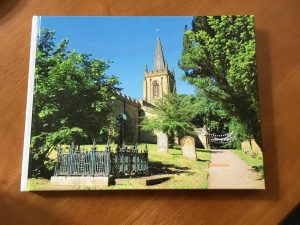 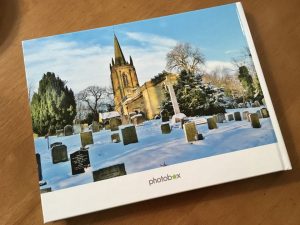 The trip to Holy Island and Alnmouth Priory leaves the Vicarage at 8:45am on Tuesday, 31st July.