The bench which bears the name of Stan Hollis, the Company Sergeant Major who was the only man to win a Victoria Cross on D Day, June 6, 1944, is sited close to the War Memorial in the Church Yard. 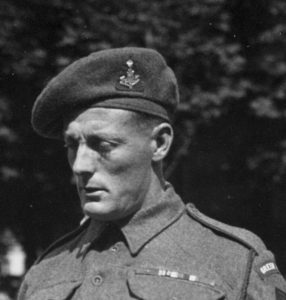 Revd Jen Croft blessed the bench as part of a moving ceremony on 30th June 2016, attended by Stanley’s son Brian Hollis and his grandaughter Mandy Hart, who read Hollis’s citation. Mr Martin Eggermont of the Friends of the Green Howards gave a speech on Hollis and Josie Ramsome spoke about the background to having a local memorial and it being placed here at St Cuthberts Parish Church.

In attendence were many involved in raising the funds for the bench, Josie Ramsome, local residents, Ormesby Ward Councillors Glyn and Irene Nightingale,  Carole Morgan and Community Development Officer – Ormesby and Normanby Wards, Roy Morris who MC’d the event. Among the many there were The Mayor and Mayoress, Councillor Barry Hunt and Mrs Olwyn Peters.

Some photograhs of the event can be seen here:  The Northern Echo ; Gazette

This site uses Akismet to reduce spam. Learn how your comment data is processed.